Home
Stocks
Need to Know: Braced for an economic downturn? These cheap stocks will see you through, says Goldman
Prev Article Next Article

While the debate rages over whether the global economy is careening towards a recession, our call of the day from Goldman Sachs, suggests investors steer towards some reasonably-priced stocks that can see them through a downturn.

Over the past two years, those companies with a history of growth stability have returned 22% vs. 16% for the S&P 500. That compares to a return of 1% for stocks with the most volatile historical earnings growth. 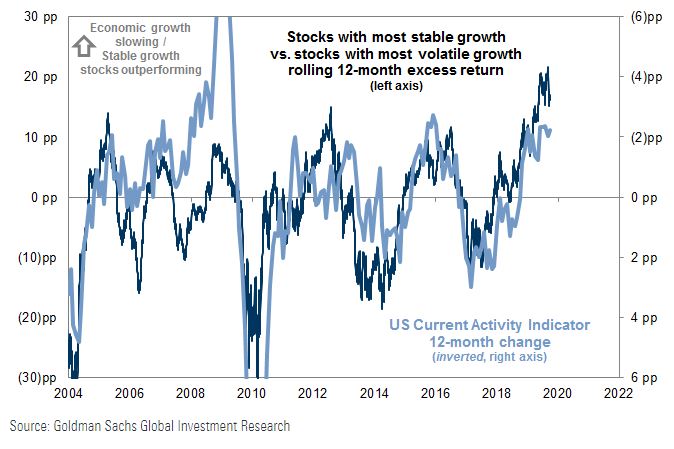 “In addition to the uncertain macroeconomic backdrop, volatile growth companies are currently growing earnings at a rate only marginally faster than stable growth companies, an unusual dynamic that further reduces their appeal to investors,” said Snider and the team, in a note to clients.

As a reminder, growth stocks are those that tend to see faster-than-average earnings and revenue growth, but carry some risk. The popularity of these stocks has been ebbing lately as investors fret over the economy, trade, etc., favoring instead perceived safer-havens.

Goldman says better news on the global economy would be a potential headwind for these equities, though that’s offset by political uncertainty stemming from a 2020 U.S. presidential election. Another thing to consider is that these stocks have also grown in popularity, therefore they can command more of a premium. 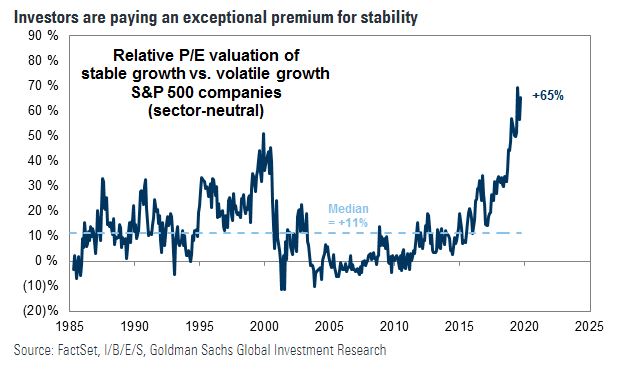 Goldman has picked through its basket of stable stocks to find those that they say are most reasonably priced. Such factors include shares that aren’t too volatile, those with growth that’s steady and a reasonable price earnings multiple — share price relative to per-share earnings.

U.S. payroll data is dead ahead, along with the unemployment rate and average hourly earnings, and the foreign trade deficit at the same time. (Check out our preview)

We’ll hear from lots of Federal Reserve officials Friday, with conferences in Boston and Washington. Fed Chairman Jerome Powell will appear at the latter.

Our chart of the day from Bank of America Merrill Lynch points out what it sees as a “big top” , or peak, coming for the Dow industrials, which they see happening “in coming quarters.” 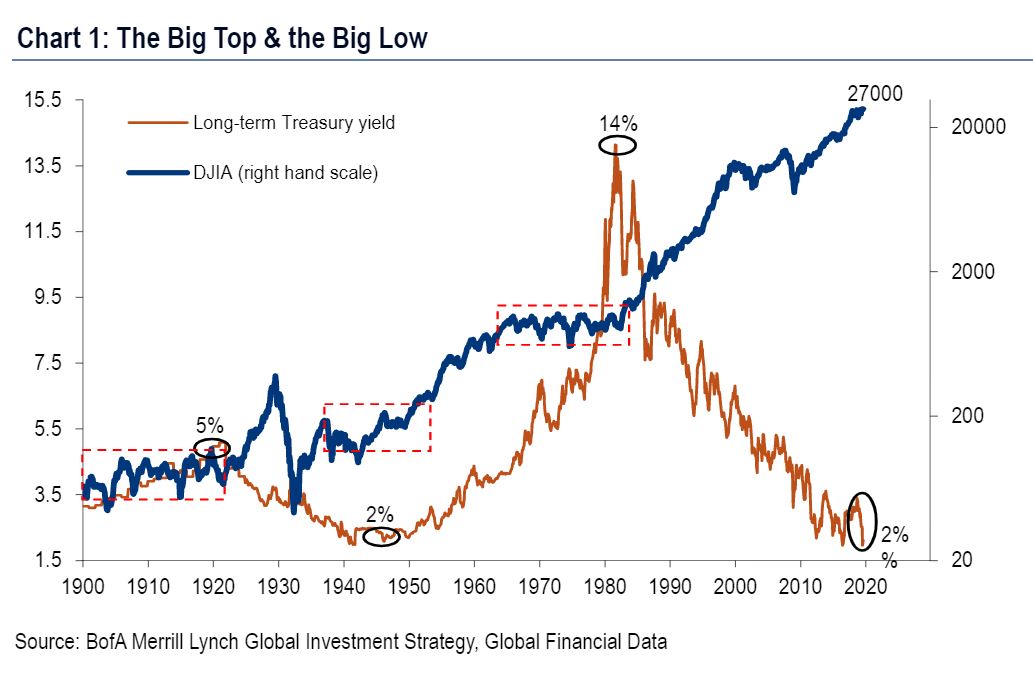 Apple AAPL, +0.85%  is up 1% in premarket after a report that the company has asked suppliers to boost production owing to stronger demand for the iPhone 11. Some European tech stocks have also lifted on that news.

HP HPQ, -1.02%  shares are dow after the PC and printing company announced a restructuring that will include up to 9,000 job losses in the next few years. Will another revamp boost shares? Maybe not.

Shares of Costco COST, +1.36%  are down after the big-box retailer’s revenue fell short of forecasts.

Read: Here’s what savvy bond investors are saying about the failed WeWork IPO

As the President of the United States, I have an absolute right, perhaps even a duty, to investigate, or have investigated, CORRUPTION, and that would include asking, or suggesting, other Countries to help us out! 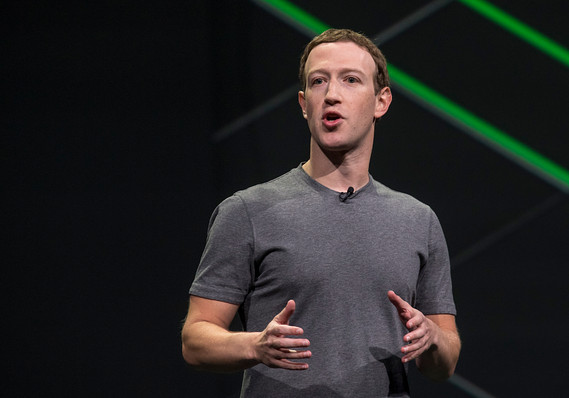 “At some level, no one deserves to have that much money.” — That was Facebook FB, +2.74%  CEO Mark Zuckerberg, telling employees what he thought about a recent comment from Sen. Bernie Sanders, who wants a tax on extreme wealth, that billionaires shouldn’t exist. Forbes currently puts Zuckerberg’s current net worth at $66 billion.

U.S. payroll data is coming ahead of the open, which will include the unemployment rate and average hourly earnings, and the foreign trade deficit at the same time. (Check out our preview)

We’ll hear from lots of Federal Reserve officials Friday, with conferences in Boston and Washington. Fed Chairman Jerome Powell will appear at the latter.

#AuctionUpdate Monkey Business 🐒🍌: #Banksy’s monumental painting of the House of Commons overrun with parliamentary primates sells to applause at £9,879,500 – 9 times its previous record – after a 13 minute bidding battle. pic.twitter.com/5LPR5BlgCH

It was a record-breaking sale for artist Banksy’s portrait of chimpanzees running the British House of Parliament.