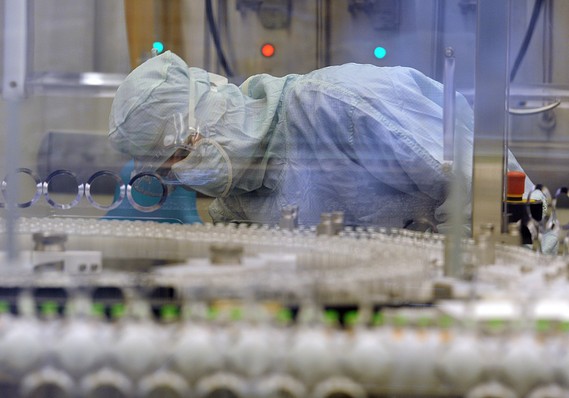 An employee wearing a protective uniform works on a high speed production line of insulin at a factory of the global healthcare company Novo Nordisk..

Stocks in Europe moved grudgingly higher on Friday ahead of a key report on the U.S. labor market, with defensive sectors leading the advance.

After a week of rough readings on purchasing managers indexes — the Stoxx 600 has dropped over 3% over the last 5 days — nonfarm payrolls data is due at 8:30 a.m. Eastern.

U.S. stocks staged a reversal on Thursday, closing higher after initially dropping when weak service-sector data was released. After the close of trading, Fed Vice Chair Richard Clarida said the risk of a recession is low — if the central bank gets interest-rate policy right.

A report that Apple has asked iPhone 11 suppliers to boost production gave a lift to the European tech sector, with sensor maker ams AMS, +2.67%   and chip producers STM, +1.85%  and Dialog Semiconductor DLG, +2.81%   advancing.