Home
Stocks
Capitol Report: Some Democratic presidential hopefuls are angling for the vice president slot — a gambit that rarely pays off
Prev Article Next Article 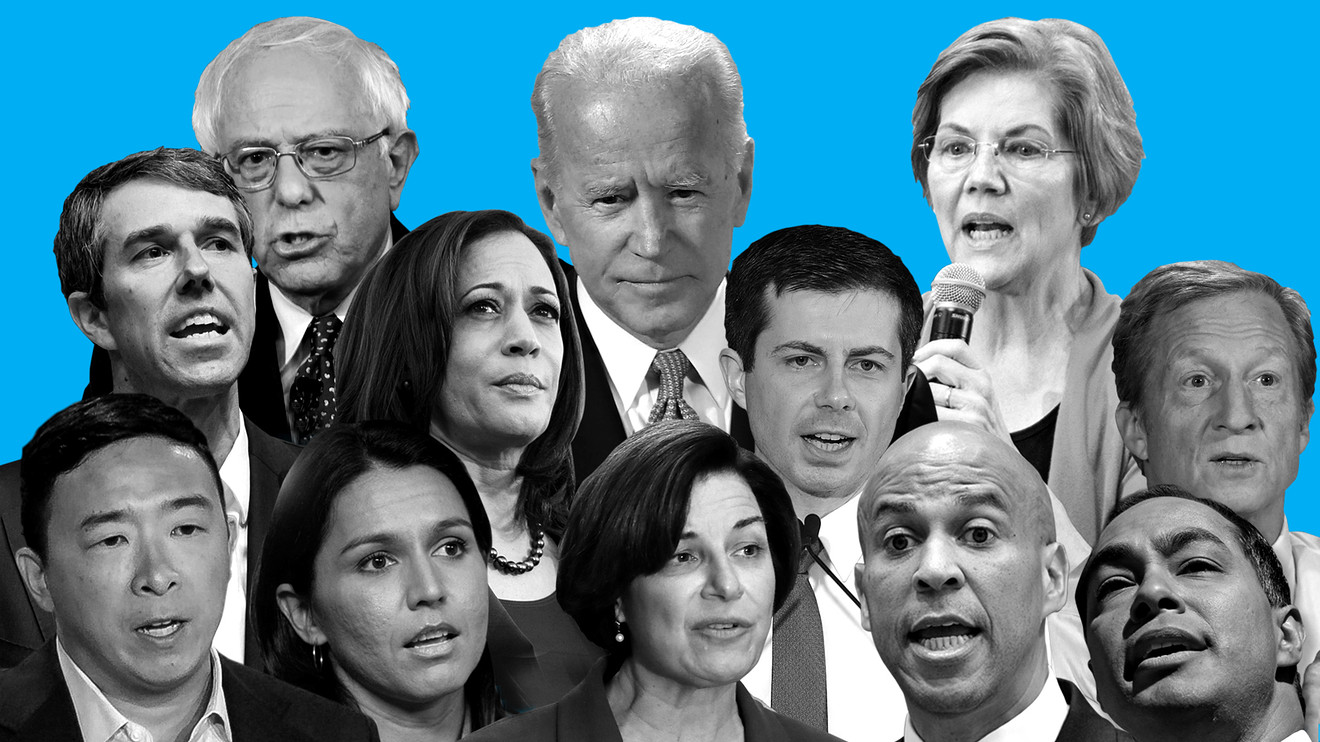 As the battle to become the Democrats’ presidential nominee rages on, why aren’t more of the lower-tier contenders dropping out?

Some 2020 White House hopefuls are sticking around with hopes of becoming the eventual nominee’s pick for vice president, a cabinet post, a pundit gig or a book deal, experts say.

These politicians also have future campaigns for other offices in mind, as they build up donor networks and are allowed to transfer campaign money to future runs for federal office. The crowded field is at 19 candidates as of Friday, with 12 of them having qualified for an Oct. 15 debate.

In the past 40 years, such a move has only happened three times. Ronald Reagan picked George H.W. Bush in 1980, John Kerry tapped John Edwards in 2004, and Barack Obama selected Joe Biden in 2008. Going farther back, other notable instances of a presidential nominee picking a primary foe as his running mate include John F. Kennedy selecting Lyndon B. Johnson in 1960, as well as Franklin Delano Roosevelt tapping John Nance Garner in 1932.

“The eventual nominee is not disposed to choose a rival who has spent the last months criticizing him or her,” said Joel Goldstein, a Saint Louis University law professor who has written two books on the vice presidency, in an email to MarketWatch. “It’s not just personal tension; at times it would be too embarrassing to have on the same ticket two candidates who’ve been so critical of each other.”

In the three instances in the last four decades when a presidential nominee selected a primary opponent for his VP, he had to get over what had been said during the primary campaign. Bush had famously blasted Reagan’s “voodoo economic policies,” Edwards had criticized Kerry as a Washington insider who had backed bad trade deals, and Biden had drawn flak for describing Obama as the “first mainstream African-American who is articulate and bright and clean and a nice-looking guy.”

Becoming the vice presidential nominee is the “not-so-hidden hope of many of those remaining on stage,” Larry Sabato, director of the University of Virginia’s Center for Politics, told MarketWatch in an email. “They’ll never admit it publicly, since it would be the kiss of death for their presidential chances, however slim. We all understand the idea — stay alive for as long as possible, get better known by the day, so that you have voters you can potentially add to the presidential nominee’s appeal.”

“However, this strategy can backfire,” Sabato added. “Given Kamala Harris’s fall to low single digits, I wonder if she’d rethink her attack on Biden if she had to do it over. Biden-Harris would have been one obvious ticket. Could still happen, but surely less likely as a result of the bad blood engendered.”

In a RealClearPolitics average of polls as of Friday, Harris, the junior senator from California, has the support of 4.8% of those polled, behind current Democratic presidential front-runner Biden at 26.2%, as well as Sen. Elizabeth Warren of Massachusetts at 24%, Sen. Bernie Sanders of Vermont at 16.8% and Mayor Pete Buttigieg of South Bend, Ind., at 5.5%.

Beyond angling to become veep, some 2020 Democrats are aiming to build a donor network for future races, including for president or Senate, said Larry Jacobs, director of the University of Minnesota’s Center for the Study of Politics and Governance. They’re also trying to position themselves for a cabinet job, congressional leadership or a judicial nomination, as well as aim for talk-show appearances and book contracts, according to Jacobs.

“Candidates stay in because benefits outweigh costs,” he said. Jacobs noted that campaigning can involve comfortable digs. “No one is sleeping in a Super 8,” he said, referring to the budget hotel chain owned by Wyndham Hotels and Resorts Inc. WH, -0.87%  .

Buttigieg, in particular, probably has future races in mind, said the University of Virginia’s Sabato.

“He could run in the next 10 presidential elections,” Sabato said of the 37-year-old mayor, who is often talked about as a potential candidate for Indiana governor, despite recent challenges in that state for Democrats. “The more events he does, money he raises, people he meets, and name ID points he gains, the better off he is in the future.”

Sabato said most candidates don’t drop out until they almost run out of money. “Their list of donors is still golden, though. They can rent that out for years to come,” he said.