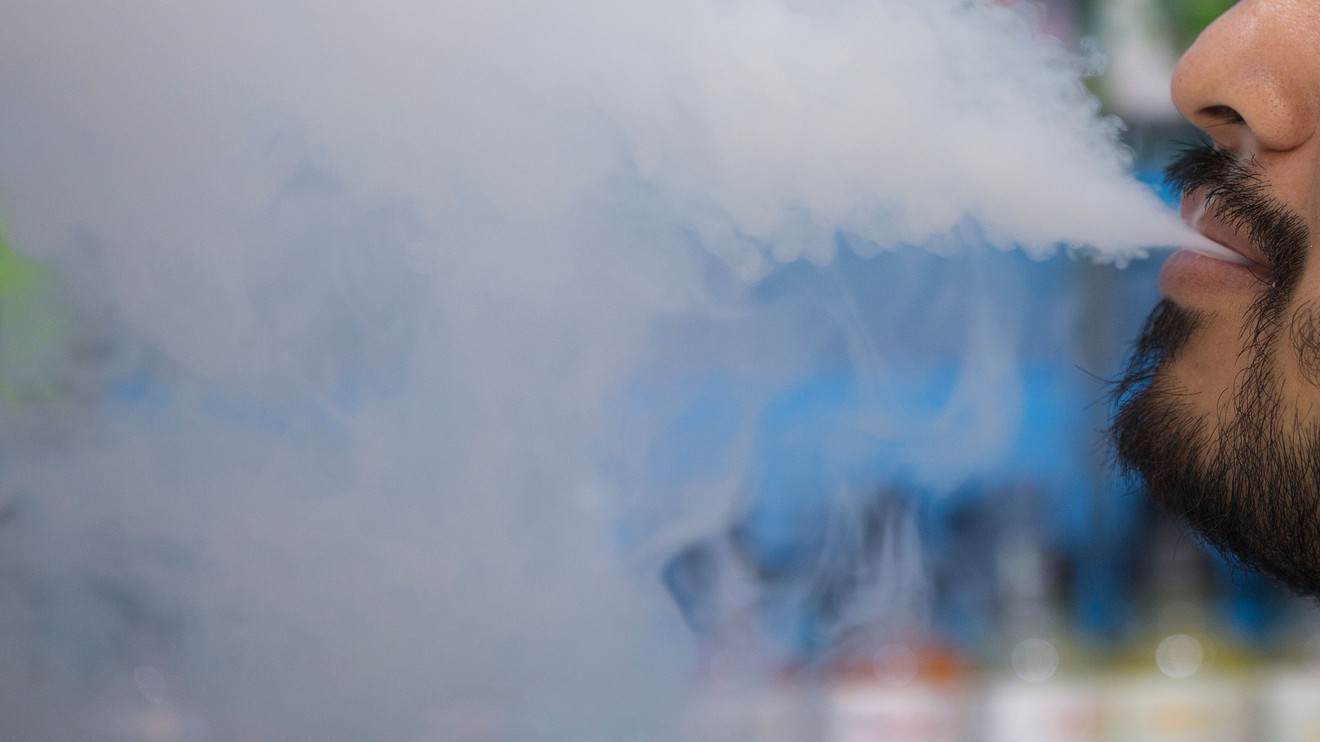 Cannabis stocks rose for a third straight day Friday, buoyed by reports that vape sales are rebounding after being hit by the outbreak of a serious lung disease that experts say is directly tied to vaping.

California, the nation’s biggest cannabis market, showed vape sales climbing by almost a percentage point in the week to Sept. 23, according to Marijuana Business Daily. Sales in Nevada and Washington state are also gradually moving up again, said the specialist news website and conference company.

“While the headlines have been negative, not all of the news is bad for companies involved in this segment—and over the long-term, some businesses may actually benefit from the fallout,” said Craig Behnke and Mike Regan, equity research analysts at MJBiz, in a new report.

The report analyzed which companies are most exposed to the vaping category, which has been roiled by the outbreak of a lung disease that has killed 18 people and sickened more than 1,080, according to the latest figures from the Centers for Disease Control and Prevention.

Some states have implemented temporary bans on vape sales, including Massachusetts, which has a ban that will stand through Jan. 25 of 2020. California has recommended that its residents stop vaping all substances immediately, while a Los Angeles City Council member has suggested a year-long ban.

For dispensaries, the ban is most likely to encourage consumers to switch to other delivery systems, such as flower or edibles, rather than quitting cannabis altogether, said the analysts. An expected increase in regulatory scrutiny would benefit companies that offer seed-to-sale tracking, such as software company Akerna Corp. KERN, +0.47%, they wrote.

A greater focus on tamper-proof packaging would benefit KushCo. KSHB, -1.14%, which makes vapes, packaging, papers and supplies. The vape segment accounts for 69% of that company’s revenue, according to a recent investor presentation, said the report.

Valens GroWorks VGWCF, +2.11%  would benefit from demand for lab testing for devices and extracts and oils, said the report.

“If regulatory focus and crackdowns center on the illicit market, there is a real argument to be made that legal-market companies stand to benefit from this crisis as consumers look to trusted and tested sources for their preferred products,” said the report. So far, most of the patients who have contracted the lung disease have said they vaped black-market products and almost all admitted vaping THC.

MJBiz Chief Executive Cassandra Farrington said the outbreak has had the effect of reigniting some of the past negativity about cannabis and resurfacing attitudes that have changed dramatically since the introduction of medical cannabis programs.

“Cannabis is a highly regulated industry but it’s still looked on with suspicion after years of propaganda,” she told MarketWatch in an interview. “People are now conflating cannabis and tobacco, another industry that is suspicious because of past bad behavior, and so both are carrying each other’s baggage, when they really have enough of their own. But overall, it’s just the latest upheaval in a sector that can expect more.”

Read now: This woman in cannabis made an early bet on the sector that has paid off

Dr. John Oram, founder and chief executive of Nug, an Oakland, Calif-based vertically integrated cannabis company, agreed and said the industry needs to fight back to combat the stereotypes and negative stigmas that are re-emerging.

“More time and resources must be dedicated to selecting inventory and ensuring only compliant companies are used that test their products in reputable labs,” he wrote in emailed comments. Companies must do the due diligence needed to prevent illicit products from coming to market and to educate consumers of the importance of shopping only at licensed, compliant retailers.

Other companies listed in the MJBiz report were mixed. Tilt Holdings, which generates 70% or more from vaping equipment and oils, according to the report, was down 9.6%. Slang SLGWF, -4.77%, which gathers about 50% of its revenue from vapes, was up 2%. MediPharm Labs MEDIF, +1.20%, a leading extraction company, was up 7.5%. Cronos, which has made numerous investments in the vaping category ahead of Canadian legalization of derivatives, was down 2.6%.

See: Canopy Growth’s remaining CEO talks about pot company’s shake-up, and the search for his replacement