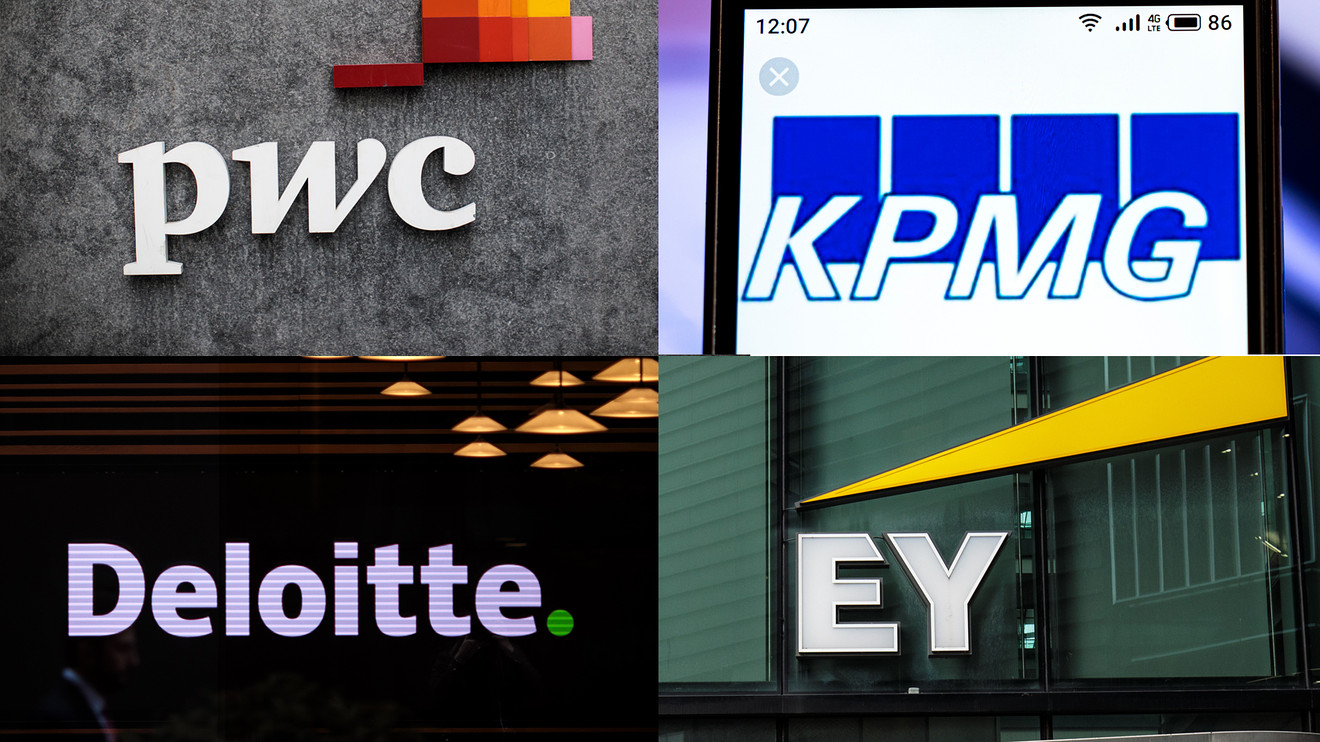 New studies seek to evaluate early impact of a controversial mandate that requires public identification of audit partners, but authors caution it’s still too early to know if increased transparency will lead to individual accountability and improved audit quality.

One of those new studies found that despite slightly positive trends in audit quality, the improvement is not yet convincingly attributable to the adoption of the audit partner-naming rule.

That research, entitled “What’s in a Name? Initial Evidence of U.S. Audit Partner Identification Using Difference-in-Differences Analyses,” by Lauren M. Cunningham of the University of Tennessee, Chan Li of the University of Kansas, Sarah E. Stein of Virginia Tech, and Nicole S. Wright of James Madison University, is in the current issue of The Accounting Review, a peer-reviewed journal of the American Accounting Association.

The study by Cunningham and her colleagues also cites another ongoing study that finds investors are less likely to invest in a company when the partner is linked to another client with a restatement. Another working paper finds no evidence of significant trading activity in the days surrounding PCAOB Form AP disclosure, even in cases of a change in audit partner in the second year of mandatory disclosure.

The audit industry’s regulator, the Public Company Accounting Oversight Board, first proposed the auditor-naming rule in 2009. But a watered-down compromise did not become effective until Jan. 31, 2017. It does not mandate identifying lead engagement partners in companies’ annual reports, as originally proposed. Instead, the PCAOB was forced to build a database of audit-partner assignments for investors, media and other interested parties from scratch. The data came from forms submitted to the PCAOB annually for every audit opinion issued.

The required disclosures are filed by audit firms within 35 days after an audit opinion is filed in an annual report with the Securities and Exchange Commission. The data is available only on the PCAOB’s website.

The PCAOB’s final rule said its goal was to improve audit quality by increasing transparency about who is responsible for performing the audit and, therefore, increasing each partner’s own sense of accountability for their work.

Comment letters on the proposals over the years described wildly different but perhaps predictable views on the potential impact of the rule. The Council of Institutional Investors, for example, supported the requirement with the assumption it would enhance audit quality.

The largest public accounting firms, however, consistently insisted during the proposal period that partner accountability — and, thus, audit quality — would not improve because their partners already had a strong interest in maintaining their own reputation. Those interests are supported by firms’ systems of quality control and the PCAOB’s oversight of the audit process, they said in letters to the PCAOB in 2009.

The firms’ claims are undermined by recent evidence that audit partners are frequently willing to sacrifice their own reputation for individual professional and financial goals. Recent SEC and PCAOB enforcement actions also highlight chronic issues with firms’ systems for monitoring auditor independence and audit quality control.

To read: At Deloitte, the problems with audit quality and professionalism start at the top

The PCAOB has been straining to provide effective oversight of the firms. That’s because of a complete swap of its board, which lead to significant resignations of key personnel and resulting dysfunction as a result of its involvement — which included several PCAOB professionals and two of its board members — in the regulatory data-theft scandal that enveloped KPMG and the PCAOB going back to at least 2015.

Also see: Former regulator met privately with KPMG while firm was under scrutiny

To review: The KPMG cheating scandal was much more widespread than originally thought

The audit firms also warned in 2009 that the rule would likely cause an increase in individual partners’ legal liability exposure, and, as a result, audit costs would increase. PwC’s letter said that this “potential unintended consequence” of partner-name disclosure “may cause engagement partners to be less willing to make professional judgments imperative to the execution of timely and cost effective, high-quality audits. Such hesitancy could result in increased audit costs without a corresponding improvement in audit quality.”

As predicted by former PCAOB board member Lew Ferguson in a speech in 2011, that hasn’t happened.

“Individual members of the audit team, including the audit engagement partner, are rarely named as individual defendants in such suits, not because their identity is unknown or because legal theories of potential individual liability are absent, but because they are usually not perceived as having substantial assets to satisfy any judgment,” said Ferguson at the time. “A requirement to identify the audit engagement partner in the audit report is unlikely to change this situation.”

In addition, Ferguson said, everyone involved in lawsuits against auditors knows who the audit partners are early in any litigation. They are “served with interrogatories, subject to depositions and called to testify today. The absence of the audit engagement partner’s signature or identity in the audit report does not render such persons invisible in or immune to private civil litigation.”

Jim Peterson, a former attorney for defunct global audit firm Arthur Andersen in Europe, wrote in his blog after quoting Ferguson in 2011, “Any engagement partner whose work is caught up in multi-year civil litigation and regulatory enforcement effectively suffers the end of his productive career — even if judgment-proof and indemnified — not only because of the overwhelmingly distracting time demands but because the emotional toll of defending even high-quality performance is ruinous to the capacity to exercise complex professional judgment.”

Accounting firms also argued in opposition to the rule that naming the partners would perhaps give investors and other users of the auditors’ opinion the impression that audits are the responsibility of one individual rather than a team effort.

The emphasis on “team effort” does explain why the firms frequently continue to employ audit partners who are sanctioned and suspended by the SEC for misconduct even though they are prohibited from conducting or signing audit reports.

Professor Mikhail B. Pevzner, the EY Chair in accounting at the University of Baltimore, told MarketWatch he commends the authors for their important contribution. “Early reviews of effectiveness of auditor transparency standards are important in overall evaluations of our efforts to improve audit quality because they contribute to important considerations of costs and benefits of regulations, something that the U.S Congress has emphasized,” said Pevzner.

The study measures the impact of the new rule on audit quality by looking at several metrics, focusing on three main and six additional measures of audit quality to determine if an improvement can be attributed to naming the audit partner.

Only one — a measure of timeliness in recognizing expenses and losses — appears to have been significantly improved by the new Form AP regulation. In conclusion, eight of nine measures did not show significant change that can be attributed to the new rule.

Cunningham and her colleagues, in a statement provided to MarketWatch, said, “Like other studies examining the initial impacts of Form AP, we find that there is some improvement in audit quality in the year following Form AP adoption relative to the year prior. To be clear, we aren’t trying to say that partner identification in Form AP isn’t helpful. Based on our empirical analysis, we just don’t believe that immediate changes in audit quality surrounding Form AP were actually due to Form AP.”

Many more studies are needed, they said, “including whether partner identification is useful to investors, whether partner identification allows us to identify patterns in specific partners’ behaviors, and so on. We hope that future research is able to more definitively point to the mechanism for improved audit quality over the last few years,” the researchers said in the statement.

The PCAOB already admitted in its final rule that the benefits of the mandate may not be seen for a while. “As this information accumulates and is aggregated with other publicly available information…[t]his will allow interested parties to compile information about the engagement partner, such as whether the partner is associated with restatements of financial statements or has been the subject of public disciplinary proceedings, as well as whether he or she has experience as an engagement partner auditing issuers of a particular size or in a particular industry”

“I think it is important to keep the study’s results in perspective. For a couple of reasons, the results should not be construed as suggesting that audit-partner-name disclosure is not effective, but instead that it may be too early to judge the impact of the rule on capital markets and auditor behavior, he told MarketWatch in an interview.

More time has to pass before investors start tracking specific audit-partner outcomes, for example financial statement restatement history of particular partners, he told MarketWatch. That’s because restatement rates have been declining in the U.S., and more severe restatements are quite rare.

“Thus,” says Pevzner, “it may take a long time to pick up a negative reputation effect for a particular partner. “

Several studies, including one Pezvner authored, looked into Taiwanese audit partners where partner names have been released since 1980. They do find the audit-partner-name disclosure is consequential for audit quality and auditor behavior.

It will also take more time for the market to realize that they can associate particular bad audits, ones that cause a share price drop as a result of audit partner actions, with particular partner names — names they can track via Form AP, said Pezvner.

“We have to keep in mind that accounting quality metrics like restatements, discretionary accruals and adverse opinions in ICFR are probably too ‘noisy’ to pick up an effect of partner name transparency over a short period of time. We may need a lot more ‘bad things’ happening for the direct relationship to the audit partner to become more evident,” Pezvner told MarketWatch.