Home
Stocks
The Fed: Fed has the tools to combat next recession, Bernanke says
Prev Article Next Article 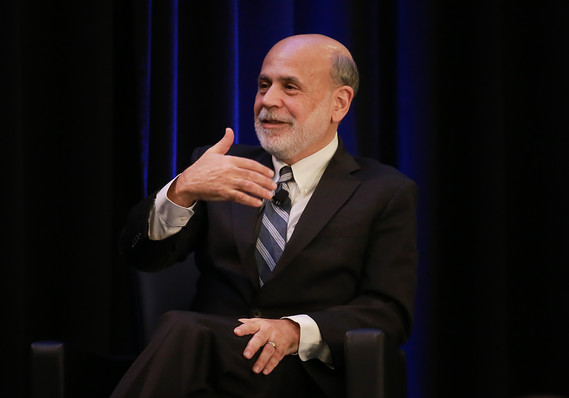 The Federal Reserve has more ammunition to fight the next recession than many people think, according to a former leader of the U.S. central bank.

Much has been made by the fact that the Fed historically has been able to cut interest rates by about 5-and-a-half percentage points to revive the economy after a recession.

There is concern in the era of low interest rates.

The Fed’s benchmark interest rate is now set in a range between 1.75% and 2%, giving them relatively less space to operate. And market experts like Jim Bianco, president of Bianco Research, think the days of Treasury bonds getting a 4% or 5% yield are long gone.

All is not lost, according to Ben Bernanke, who led the Fed through the aftermath of the Great Recession.

During a panel discussion hosted by the Brookings Institution, he estimate the Fed’s so-called unconventional policies, if used wisely, are the equivalent of 3 percentage point of interest rate cuts.

Those policies are forward guidance, bond buying, commonly called quantitative easing, and a new policy-framework that includes a “makeup strategy” for inflation, he said.

“So my sense is as long as nominal neutral rates are 2.5%-3%, that the Fed will be able to do most of what it could do at any point in history,” he said.

If the neutral rate does sink further, the Fed could be in a “difficult situation,” he said.

On the same panel, New York Times columnist Paul Krugman said he was not sanguine that the Fed had the necessary ammunition to fight a downturn.

“The fact that we’re still arguing about the effectiveness of QE, after all these years, is persuasive evidence that the evidence isn’t that persuasive,” he said.

Concerns about the economic expansion have picked up in recent days after a weak reading of the U.S. factory sector released by the Institute for Supply Management.

Business investment is being hurt by uncertainty over the trade war between the U.S. and China. The concern is that this weakness will spillover into the consumer sector, which has been holding up the economy.

The Dow Jones Industrial Average DJIA, +0.47%   was higher Thursday in afternoon trading after having fallen by 838 points over the past two trading days on recession fears.