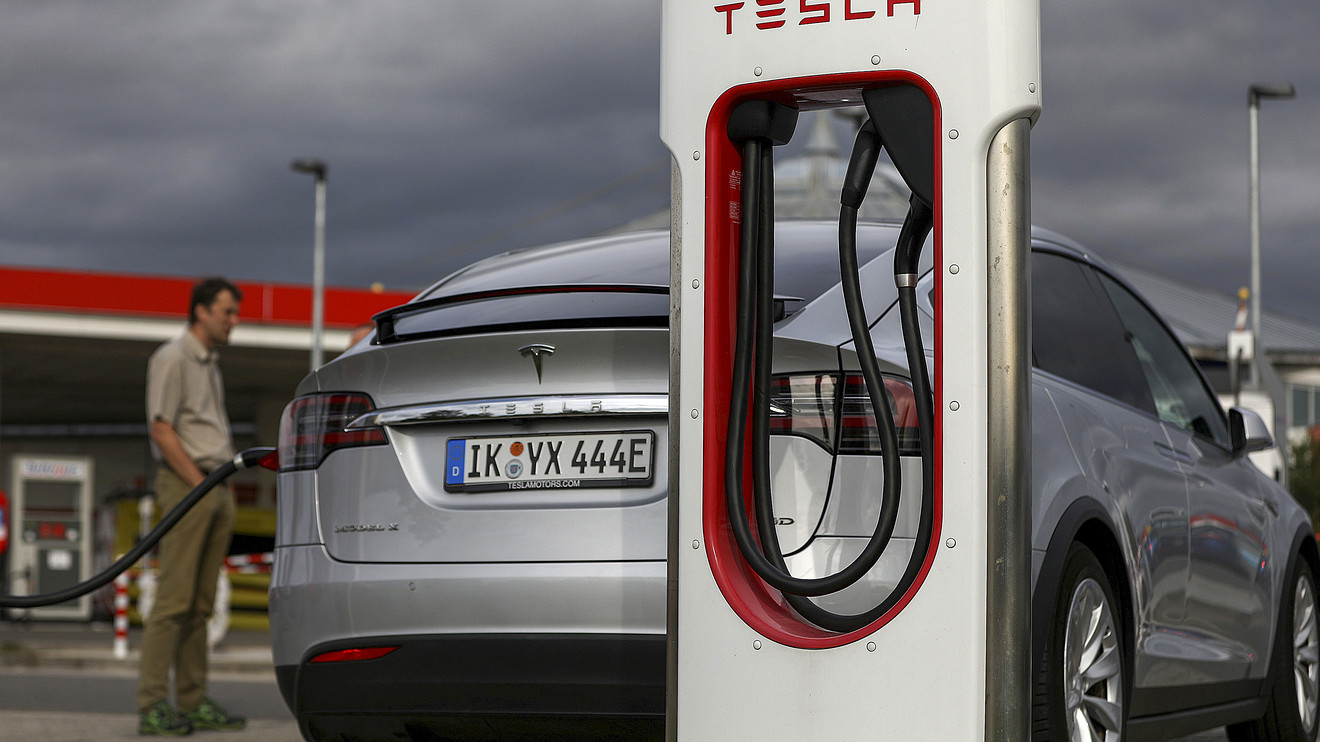 Telsa Inc. shares were slammed on Thursday, after weaker-than-expected third-quarter deliveries prompted at least one downgrade and plenty of downbeat analyst commentary.

The Silicon Valley car maker late Wednesday reported third-quarter deliveries, its proxy for sales, that fell short of the mark according to FactSet, which compiled estimates from 34 Wall Street analysts.

Tesla said it had delivered about 97,000 vehicles in the third quarter, including 79,600 Model 3 sedans. Analysts surveyed by FactSet were expecting the company to sell about 99,000 vehicles, including 80,200 Model 3s, Tesla’s mass-market vehicle.

Analysts at JMP Group cut their rating on Tesla stock to their equivalent of neutral from buy, saying that Tesla not only missed quarterly sales expectations but the data showed low single-digit sequential unit growth, “and we know of no operational issues that could have prevented (Tesla) from delivering more vehicles if demand were available.”

“To put it another way, yesterday’s announcement was the first time since covering the stock that we found ourselves wondering whether demand growth for (Tesla’s) cars might be leveling off,” said the analysts, who were led by Joseph Osha.

Analysts at Cowen, who kept their equivalent of a sell rating on the stock, went further, saying that Tesla’s year-on-year “growth story” likely has ended.

“We don’t see much to get excited about in the near term, and believe bulls need to be big believers in the China factory, Model Y, and autonomous narrative to justify valuation,” said the analysts, led by Jeffery Osborne.

Tesla has set a goal of delivering 360,000 to 400,000 vehicles this year, which means more than 100,000 vehicles would have to be delivered in the fourth quarter to even come close to that goal. Analysts surveyed by FactSet are expecting 357,000 units for the year.

Wedbush analyst Dan Ives took a somewhat more positive view of Wednesday’s delivery miss, saying it was a “step in the right direction” for the company and delivering more vehicles than last quarter, when Tesla delivered 95,000 units, “was an impressive feat.”

Analysts at Evercore ISI also kept their rating on Tesla at their equivalent of sell, saying that they were concerned about the mix of Model S and Model X luxury vehicles. Tesla said it sold a combined 17,000 Model S sedans and Model X SUVs, whereas Evercore analysts, led by Arndt Ellinghorst, had expected 19,000 vehicles.

More worrying, however, is profitability and cash flow as the company reports third-quarter results by the end of the month or early November, they said.

Third-quarter earnings “are the likely bellwether for the next few quarters as growth plateaus until (compact SUV Model Y) production begins in earnest,” they said.

Developments such as further-than-expected progress in the Chinese factory or a firmer date for the Model Y debut could take the stock above $250.

Analysts at Credit Suisse pointed out in a note last week that Tesla stands to report its first dip in year-on-year revenue since 2012, with FactSet expecting revenue of $6.36 billion for the third quarter compared with $6.82 billion in the year-ago period.