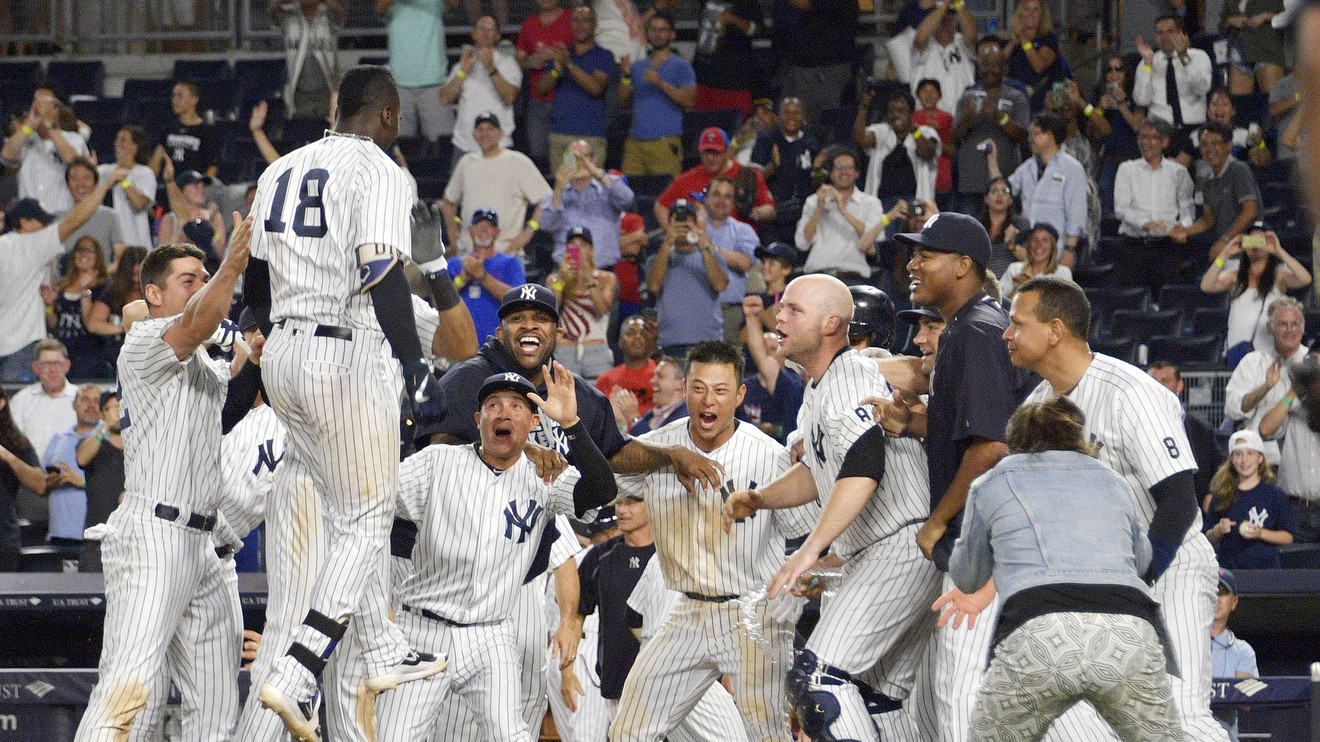 It was almost like a walk-off grand-slam home run from your favorite slugger — or at least a bases-clearing single — for an unlikely win.

The stock market’s turnaround on Thursday was notable for producing the sharpest reversal for the three main U.S. equity benchmarks in months, with the Nasdaq Composite Index COMP, +1.12% , logging its best turnaround — from a 1% decline to a 1% gain — since April 4, 2018, according to Dow Jones Market Data.

The comeback on Wall Street came as nearly all seemed to be lost, with investors resigning themselves to a third straight loss of at least 1%, adding to the worst start to a quarter for the main benchmarks since the financial crisis.

Sparking the tumble lower was a report from the Institute for Supply Management, which showed that the U.S. services sector came in at 52.6 in September, down from 56.4 in August, marking the weakest reading in about three years and suggesting domestic growth is slowing. The report appeared to support other signs of economic deterioration after ISM’s survey of the U.S. manufacturing sector showed the worst reading in about a decade.

However, markets rebounded — perhaps partly on hopes that the Federal Reserve will continue to ease monetary policy at the end of the month, providing some support for higher stock values even if the economy’s historic expansion begins to crumble.

Wall Street expectations for a 25 basis-point cut at the end of the rate-setting Federal Open Market Committee’s two-day gathering Oct. 30 jumped to 90.3% from 77% a day ago and about 49% a week ago, according to CME Group based on federal-funds futures.

That may have been the reason bond yields, which fall as prices rise, skidded lower on Thursday, suggesting that investors were fleeing to the perceived safety of government paper despite the Thursday rebound. The 10-year Treasury note yield fell about 6 basis points to 1.531%, representing the first time since March 15, 2017 that the S&P 500 gained at least 0.8% while yields also jumped 6 basis points.

Expectations for a rate cut could momentarily support buying in bonds, because future yields are expected to head lower, and embolden investors to pick up equities in the face of lower borrowing costs.

However, bearish signs have abounded all week, making a key reading of employment, the nonfarm payrolls report, a likely inflection point for stocks on Friday.

The Russell 2000 index RUT, +0.45%, for example, suffered a so-called death cross for the first time since Nov. 14, 2018. Small-cap stocks are particularly vulnerable to worries about economic slowdowns. Many technical analysts believe the pattern, in which the 50-day moving average crosses below the 200-day moving average, marking the spot a shorter-term decline transitions into a longer-term downtrend.