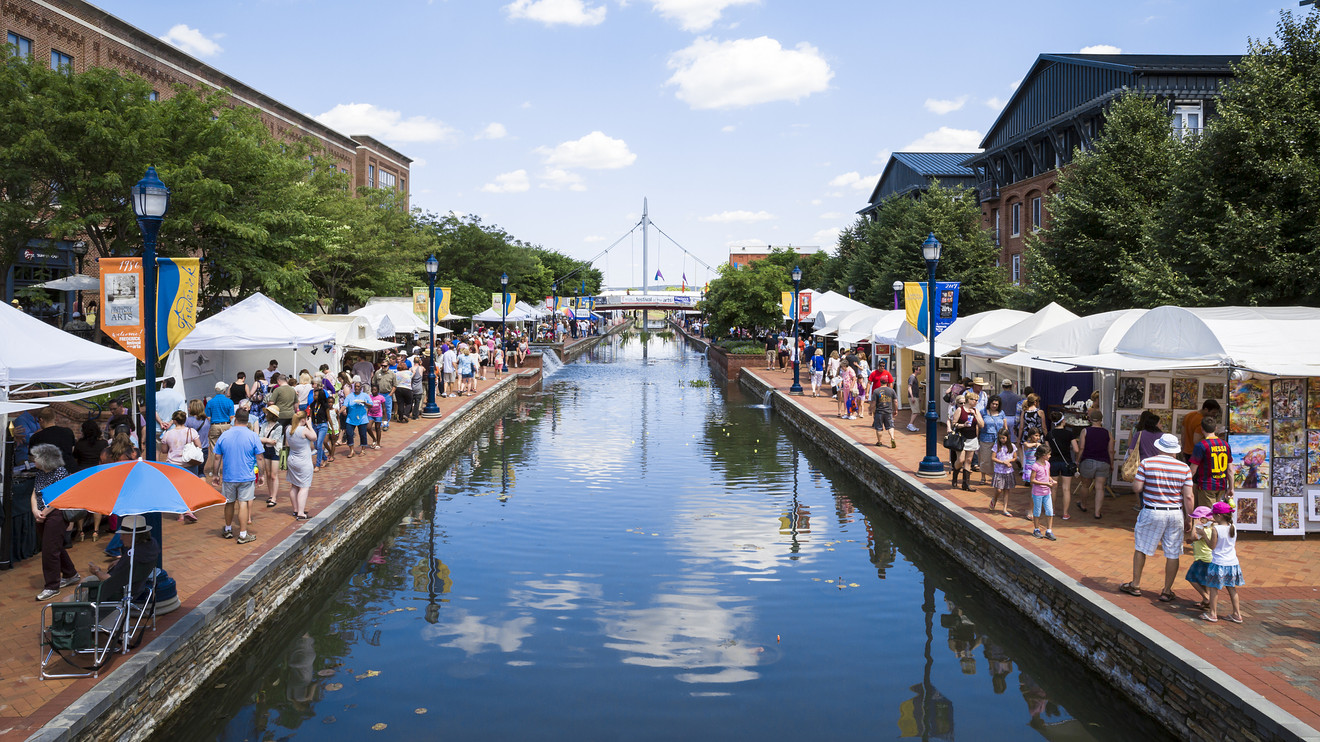 When Scott Ryser chats with potential new hires for his software development company in Frederick, Maryland, he doesn’t even have to mention the city’s incredible craft beer scene as a perk of working there — candidates simply have to look out the front door of the office.

“Literally if you walk out our front door, take a left and walk 10 yards, you’re in a brewery,” says Ryser, founder and CEO of Yakabod, which is located in a historic, renovated mill building in downtown Frederick. “Or, walk across the street 100 yards and you’re at two more. If the guys go out to a food truck on a Friday for lunch, they’ll pass three breweries by the time they get back here.”

The biggest challenge that Ryser and the leaders of other U.S. technology companies face today is the ability to recruit and retain top talent — but craft beer can help with that.

This may be one reason why tech companies and craft breweries seem to go hand in hand in many cities across the country. From Longmont, Colorado, to Asheville, North Carolina — and dozens of cities in between — where you find one, you’ll also find the other. But why?

Though the relationship between tech companies and craft breweries is generally an informal one, both sides agree that they benefit from one another. A burgeoning craft beer scene helps tech companies recruit creative professionals to open positions. At the same time, those employees and their families help keep local craft breweries healthy and thriving.

“We see the connection to tech not so much directly, but indirectly, as you need interesting towns with good food and good beer to keep highly skilled workers interested and engaged,”

Tech and craft beer both appeal to creative, young professionals and are fueled by the same entrepreneurial spirit. Together, they help communicate a work-life balance and a lifestyle that many employees are actively searching for in the places they live.

Craft beer is also having a moment on its own — nationally, the number of craft breweries has exploded from 2,475 in 2012 to 6,372 in 2017, according to the Brewers Association. But beyond that, a thriving craft beer sector helps reflect some of the values of a city — that it’s a vibrant, fun place for young professionals and families to live and work.

“What we hear from technology companies is that their main concern is the ability to recruit more employees,” says Kara Norman, executive director of the Downtown Frederick Partnership. “Anything that contributes to the lifestyle and the experience here is a positive for them. They know their employee isn’t coming here solely for the job — they want a full picture of what their life would be like.”

So far, tech companies have been drawn to Frederick because of the lifestyle it offers their employees, Norman says. Startups can set up shop in quirky, charming historic buildings, and when their employees finish work for the day, they can head outside to any number of craft breweries, restaurants and shops. A creek runs through downtown, creating a beautiful setting for both work and play.

“A lot of technology companies are choosing Frederick because we have some unusual and beautiful spaces — it’s not cookie-cutter office buildings,” Norman says. “And from working with them, I know they really like coffee and beer a lot — and fortunately we have both. We have the spaces they want and we offer the lifestyle their employees are looking for.”

The tech community has also been flourishing, with the county experiencing a nearly identical 124% growth in tech companies between 2001 and 2016. At the same time, the number of millennials living in the county has also grown by 12.4%.

One of those new breweries is Attaboy Beer, which opened in downtown Frederick early last year. Though owners Carly and Brian Ogden had initially planned to open Attaboy in Baltimore, a deal with a landlord fell through and they found themselves hunting for a new location.

Don’t miss: A beer-sake hybrid will have you rethinking the Japanese rice wine

They stumbled upon Frederick by chance and, after spending a day downtown, they knew immediately that it was the right place for the brewery and their growing family.

That’s certainly been the case in Frederick, which has upward of 300 shops, restaurants, bars, breweries and distilleries downtown, the majority of which are locally owned.

Also see: Move over, San Francisco: These are the best 10 cities for techies

“We see the connection to tech not so much directly, but indirectly, as you need interesting towns with good food and good beer to keep highly skilled workers interested and engaged,” Carly says. “You need more than just good salaries to compete for the highly sought-after tech talent. And in 2018, people want more than strip malls, big houses and good schools.”

Located roughly an hour from both Baltimore and Washington, D.C., Frederick is establishing itself as an attractive alternative for young professionals and growing families who want to skip the daily commute and enjoy an urban environment with a friendly, small-town feel.

A nonprofit called Tech Frederick, run by leaders of local tech companies, is working to raise awareness about the city’s growing tech ecosystem and spread the word about the city’s lifestyle in the hopes of attracting new employees and new companies. That’s another similarity between tech and craft beer: both subcultures tend to be more collaborative than they are competitive.

Also read: Millennials spend more on craft beer than they do on their cellphone and utilities

The members of Tech Frederick believe that attracting more tech companies to Frederick will only help to enhance the city’s atmosphere as a fun, hip place for young professionals to live and work. Craft breweries are also taking the approach that more is better, especially when they are within walking or biking distance of one another.

“We have a very collaborative spirit, just like the craft breweries,” Ryser says. “We have the same kind of collaboration and cooperation among tech companies. There’s a lifestyle and an experience here. The more of that you have, the more it becomes a destination and a lifestyle. As the market gets bigger, the pie gets bigger — we aren’t all splitting the same pie.”