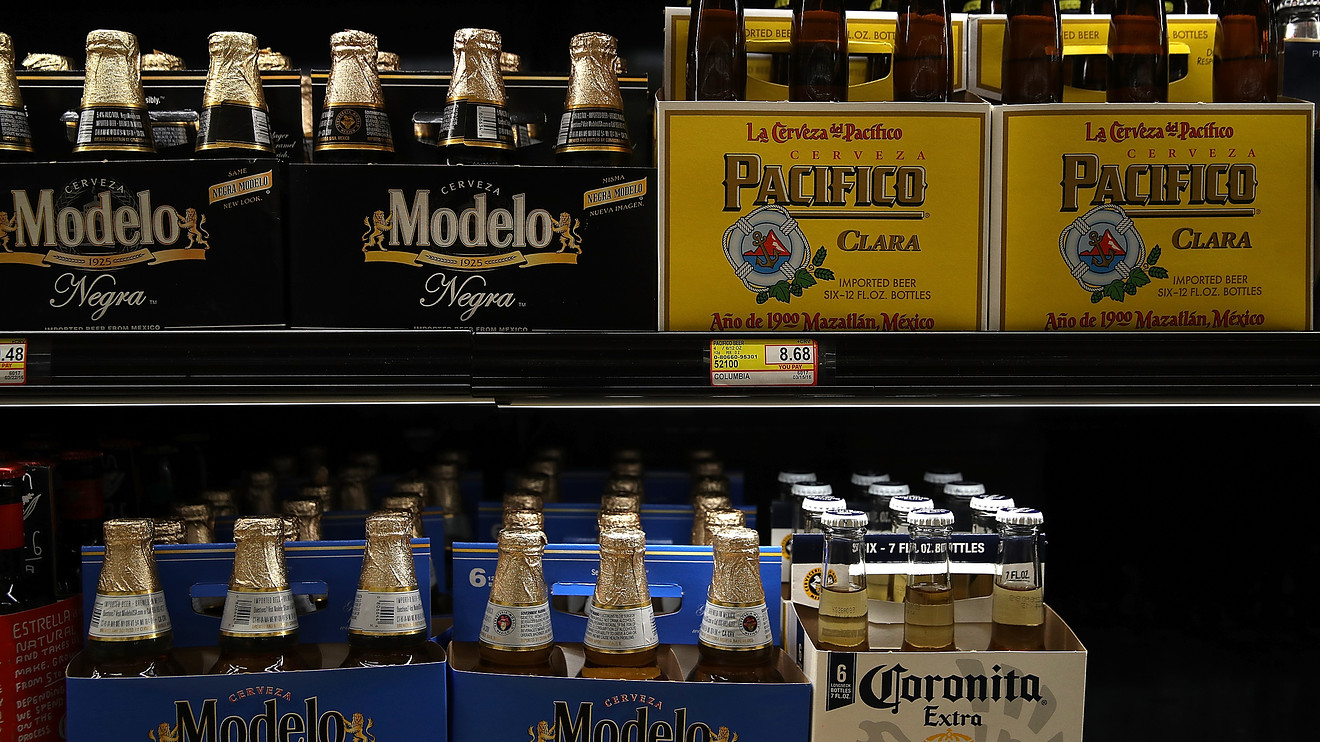 Constellation Brands Inc. stock fell 7% Thursday to lead S&P 500 decliners, after the distributor of Corona beer swung to a big loss in its fiscal second quarter as it booked charges related to an investment in a Canadian cannabis company.

Sales edged up 2% to $2.344 billion, matching the FactSet consensus.

Constellation Brands has made no secret of its frustration with its cannabis investment, a move that propelled Canopy to the top of the sector, measured by market capitalization. The company acquired its 35% stake in the company late last year at a time when the cannabis sector was flying high.

Read now: Shoppers will opt for slower shipping or in-store pickup during the holiday season to fight climate change

But by summer, frustrated by the Smith Falls, Ontario-based company’s mounting losses, Chief Executive William Newlands expressed his impatience on a conference call with analysts.

“While we remain happy with our investment in the cannabis space and its long-term potential, we were not pleased with Canopy’s recent reported year-end results,” Newlands told analysts. “However, we continue to aggressively support Canopy on a more focused long-term strategy to win markets and form factors that matter, while paving a clear path to profitability.”

That displeasure led the company to push out Bruce Linton as co-CEO of Canopy, a move that shocked the industry when it was announced in July. Linton was widely viewed as the face of legal cannabis, given his status as head of the biggest company in the space and his frequent media appearances and interviews.

Read now: Cannabis companies are having a horrible summer as scandals mount and stocks slide

Constellation Brands said beer sales rose to $1.640 billion from $1.527 billion in the second quarter. But wine and spirit sales fell to $703.6 million from $772.0 million, as shipment volumes fell to 14.4 million 9-liter case equivalents from 16.0 million.

The wine and spirits performance “continues to be impacted by transition activities with distributors who are repositioning for ownership of brands upon close of the pending transaction with E.J. Gallo,” the company said. E.J. Gallo has agreed to buy about 30 of Constellation’s wine and spirits brands in a deal valued at $1.7 billion

The company tweaked its guidance and said it now expects EPS of 55 cents to 75 cents and adjusted EPS of $9.00 to $9.20, down from last year’s $9.28. The guidance assumes that the wine and spirits deal will close at the end of the third quarter, along with a separate deal to divest its Black Velvet Canadian whisky to Heaven Hill Brands for $266 million.

See also: Why the alcohol-free movement is becoming fashionable

MKM Partners analyst Bill Kirk said the numbers were a little short of what was needed to push the stock off its summer lows, but said his bullish thesis remains intact.

“The unrelenting strength, and resulting cash generation, of Modelo affords Constellation the flexibility to invest in innovation, adjacent industries and marketing,” he wrote in a note to clients, reiterating his buy rating on the stock.

“Most of its peers are facing the opposite: declining volumes and a P&L under fixed cost pressures forcing a tightening of the investment belt.”

Wells Fargo analyst Bonnie Herzog, also a bull with an outperform rating on the stock, said the company outperformed her expectations, thanks to strong beer sales.

See: This might be why millennials are drinking more. (Hint: they’re short and loud)

“Overall, we’re confident in STZ’s premium positioning in beer/wine and, ultimately, hard seltzer,” she wrote in a note to clients. “Shares looked to be pressured initially on the headline EPS decline, but that was well-telegraphed as we move through this “retrenchment year.” Therefore, we would be buyers on weakness.”