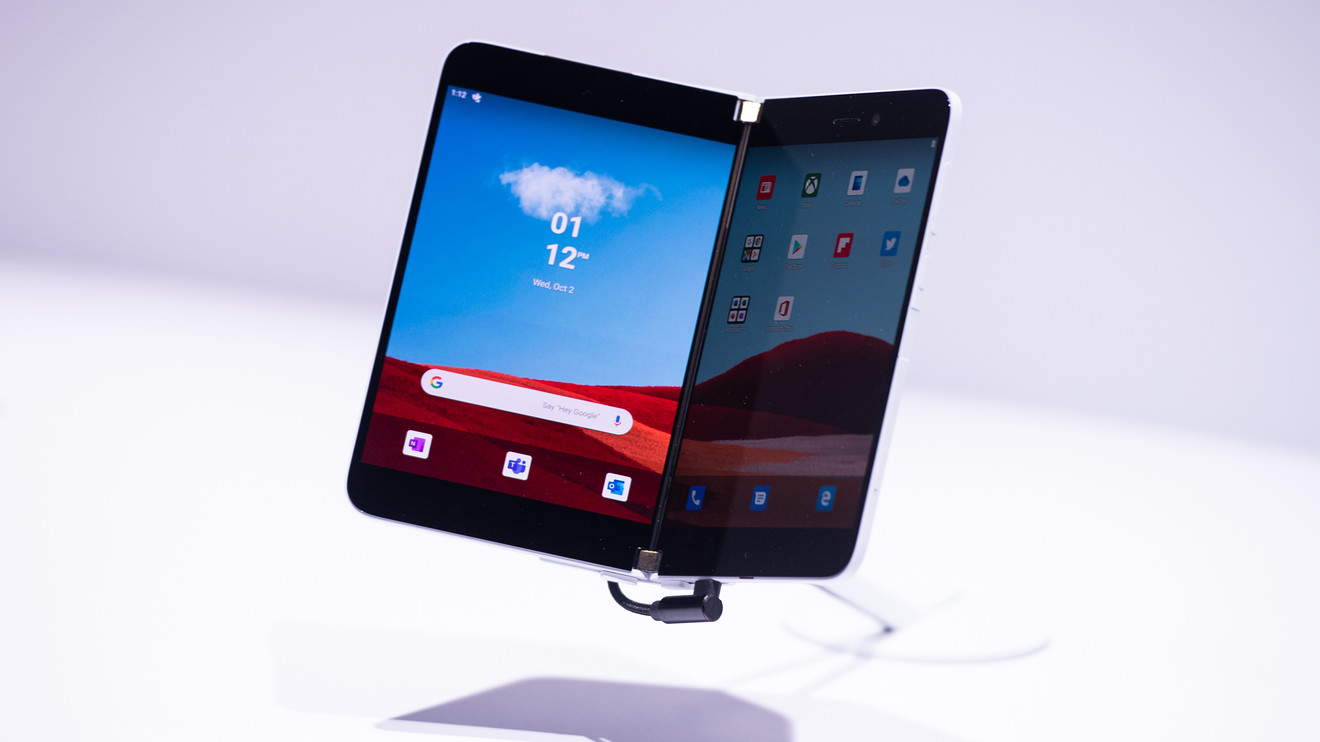 The big surprise at Microsoft Corp.’s product peek Wednesday was a Surface tablet that also acts as a smartphone that seems to be targeted to corporate users.

The new device, called the Surface Duo, is a tablet with two side-by-side displays that measure 5.6 inches each, and runs the Android operating system, not Windows. This will mark Microsoft’s third attempt in the smartphone market, after two costly failures, including a whopping write-down in 2015 when it shut down the mobile business it bought from Nokia, as one of the first big moves by then-new CEO Satya Nadella.

With a year to go until its actual launch, there is still time for Microsoft MSFT, -1.77%  to work on perfecting the device and there are still unanswered questions, such as its price and how much money the software giant is investing in it. But the big question at the moment for investors is: Will this be the first big mistake of Nadella‘s tenure?

Patrick Moorhead, principal analyst at Moor Insights, said that by targeting the corporate market, Microsoft is focusing on its strengths and not competing in the low-cost consumer arena where it failed in the past. Since Nadella took the helm, Microsoft has been relentlessly focused on cloud and enterprise computing, and Moorhead said the new phone will play into those markets.

“No vendor has created a phone that is optimized for productivity, these devices are targeted at the enterprise market,” he said in a phone interview, adding that it will be easy to just make a phone call or do a Skype video chat within the tablet on one screen, while looking at email and other data on the other screen. “They could very well succeed here.”

Positive comments, though, didn’t stop jokes on Twitter, over both the company’s re-entry into phones, and the rather wonky design of the earbuds it also introduced, for $249, to go with any Android phone, available later this year.

Here’s Microsoft’s earbuds. They sound pretty good but I’m not sure about the look ? #MicrosoftEvent pic.twitter.com/3TKb9Y2A5d

Moorhead also speculated that Microsoft is investing incremental amounts, not the huge sums that it did in the past. Plus, it is also leveraging from the open-source community that works on Google’s Android, and the entire Android ecosystem.

There will undoubtedly be fears that Nadella could be making his first big mistake as CEO, after his stellar execution of the company’s turnaround so far. After all, Blackberry Ltd. BB, -2.52% , the pioneer of the corporate-focused smartphone, phased out its phone business to focus on services as part of its attempts at a turnaround.

Dan Ives, a Wedbush Securities analyst, wrote in a note ahead of Wednesday’s event that “some investors continue to question this investment as good money going after bad endeavors on Surface.” But Ives added that he believes Surface “remains a mind- and market-share strategic gamble for Nadella & Co. that is in the early stages of playing out.”

Investors are going to hope that the bulls on this move are right.